Did you know that we have up to 36 cat species, in the family Felidae, the latter is a family of mammals under the order Carnivora and are referred to as cats. A member of the Felidae family is referred to as a felid, in essence, is that the term cat can be used on the felids and especially on the domesticated cats whose scientific name is Felis Catus.

Now the cat obviously has some rather aggressive cousins or is it brothers, the likes of cheetahs, Tigers, Lions, Leopards, Jaguar, Lynx, and Puma, all of which are opportunistic predators and will pursue any prey when hungry. For the domesticated cats, however, they do fight each other, because of territorial boundaries, but will never eat their fellow cats.

A surprising fact is that lions and tigers can fight and even kill a domestic cat but will never eat it. Well, enough of the wild, let us now turn our attention to the friendly domesticated cat, at Simple Cat Guide we believe that if humans can learn to understand the different sounds that cats make and read their body language then they will be better placed to offer the best care.

Cat sounds and their meaning

For someone who spends less time with their cats, there are only three sounds that you can understand, the low purr sound of content and the loud meow produced when hungry or frustrated. Theoretically, cats are known to produce up to 21 sounds, but it is believed there are more, we will, therefore, give you insight on a few so that you stop ignoring your feline friends when they engage in the vocal repertoire, which, however, sounds a lot like gibberish.

The yowl is one of the most confusing cats sounds that Chelsea can produce because it can mean a lot of things that you will have to check out. For one, your cat could be having mating issues as in it wants a mating partner, when sick it will also produce the yowl, or when there is a new cat in the block that doesn’t like your Chelsea it will protest with a yowl. And while some will yowl out of boredom, others will give a protest for being relocated from their previous homes.

Important to note is that if your cat continuously yowls then you will have to take it to the vet because it could be losing its senses or might be experiencing the cognitive functions decline.

The famous meow has also been established to express different emotions but not for the older cats though, an adult cat will use the meow when seeking attention or expressing frustration or when objecting to something. For the younger cats, the consistent meowing would mean that they want food or at times it would be a salutation when you come home like the famous “Hi” instead you will get a short and low toned meow.

You, however, have to be keen because at times the meow could be used to signify illness and most of the time loneliness. And if you have a young cat give a keen ear to the produced meow and if it has been shortened to a constant mew then your feline friend could be hungry or feels lonely.

Every cat owner needs to rejoice when they hear their cat purr because this sound only comes out when your cat is happy and content, more so when you are petting it. There are, however, certain rare occasions when your cat will purr to protest or when they are agitated, you will, therefore, observe the cat’s body posture and if they are sitting up straight and have their ears pulled back then you know that something in the environment has made them tense.

The above are just a few of the common cat sounds that you are bound to run into, there are still many others like the hiss, the caterwaul and the breed talk among others that you have to be able to discern their meaning so that you can properly take care of your cat.

Cat’s are intelligent than we may actually think, remember that they reign from a family of hunters, and therefore, know how to camouflage themselves when pursuing prey. Well, the above can only be achieved by an intelligent animal; this then goes to say that you can train your cat on doing and avoiding various things in your home.

Besides, we have heard of confession where people tend to get too attached to their cats, such that the cats can even tell when you are not feeling well and give you company by lying next to you or by licking a part of your body. So to ensure a smooth relationship between you and your cat or cats there are several things that you need to do and not to do.

Don’t scold your cat, because they are very emotional and that simple act that you will forget immediately will linger in your cat’s mind much longer than it would on a small kid. And even worse is if you try to punish it, the cat will end up developing behavioral and health problems. The best thing to do therefore is to learn your cat’s behavior and practice patience and positive reinforcement.

Don’t make scaring you cat a habit, as we have established cats don’t forget easily and if you are in the habit of throwing the cucumber next to it so that it can stutter and jump to give you a good laugh then you are causing a long term problem that your cat might not get over. Constantly scaring your cat makes it afraid of its environment and could even refrain from taking its food and water and consequently becomes sick.

Introducing new food – Cats have a sensitive stomach so you might want to watch the speed with which you introduce new foods. Don’t change your cat’s food day in day out; rather introduce it gradually, including it with the meal that your cat is used to so that its stomach can make the transition slowly without impacting its digestive system negatively.

Cat’s can be trained on various things around the home, such as using the toilet, shaking hands, or even getting into the carrier, all of which should be done gradually because cats can read a humans facial expression and detect the anger in their voice thus resist anything that they are trying to make them do.

Cat’s come in very many breeds and colors, some have beautifully combined two or three colors in their bodies, while others have one rich looking color mostly black, brown, or grey. There are, therefore, many different beautiful cat breeds that you can adopt to add to your family, check below. Tiger or Toyger, well the striking resemblance is too much, however, the tiger doesn’t have a face this cute. The number of the Toyger cat around the world is still controlled thus can only be found in the United States, Toyger is a crossbreed between a striped domestic shorthair and the Bengal tabby. This type of cat is perfect for the home because it loves to play, and bond, it will occasionally practice out its hunting prowess on the small domestic animals. Well, all we can gather from the Ragdoll is a distinguished rich spoilt cat that only operates within the royal courts and corridors. Far from it though because the beautiful semi longhair cat is rather playful very loyal to its owner and loves its home, so you can expect it to tag along with you around the home. And even better is that they will hide their claws when playing with their owners and will meet you at the door once you get home from work.

If we were to pair cats and dogs, the ragdoll would very much complement the husky don’t you think, just a thought! The only communication that one can derive from the Siamese cat’s blue eyes is run, well at least for me but don’t be fooled because of all the cat species the Siamese is the most social and affectionate. This type of cats are known to go the extra length just to establish communication with you, they can also be loud and harsh occasionally. So if you wish to adopt this type of cat then better be ready to dedicate your life to them because being alone at home is not a welcome idea for the Siamese.

The person who said owls look like cats must have been referring to the Scottish fold, to distinguish this cat from the rest, just take a look at their ears as they are characteristic of folding forward and then down. An interesting fact about this type of cat is that its kitten tends to have straight ears up until three weeks when they begin to fold. So why adopt them, well for one they are very playfull and affectionate and love to balance their body while sitting on their hind legs “Budha Position.” 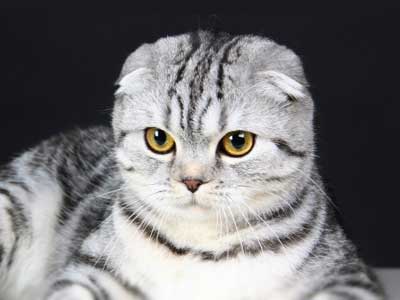 Cats have been adopted as pets in many homes, people, therefore; need to know how to properly take care of their cats, from feeding, grooming, and understanding the cues that it gives as it tries to communicate. Well, all the above information and more have been packaged for you at Simple Catguide.